Berlin – what to see in Berlin?

We did our best to visit all the top places in Berlin in one day: Potsdamer Platz, Berlin Wall, Checkpoint Charlie, Philips Centre, Television Tower, Pergamon Museum, Brandenburg Gate, Reichstag, etc. Did you succeed? Let's see… Weekend in Berlin promises to be interesting 🙂

What some people got up at the crack of dawn and were ready to start the trip, but as it happens in a larger group, even using the bathroom and eating breakfast mercilessly stretched out the time. Once we managed to leave the hotel we went to the nearest station, from which we took the train to the very center with one change. At the station there are vending machines where you can buy tickets (Polish language available). Since we were traveling in a larger group, we bought a group ticket for 5 people plus bought single tickets for the others. 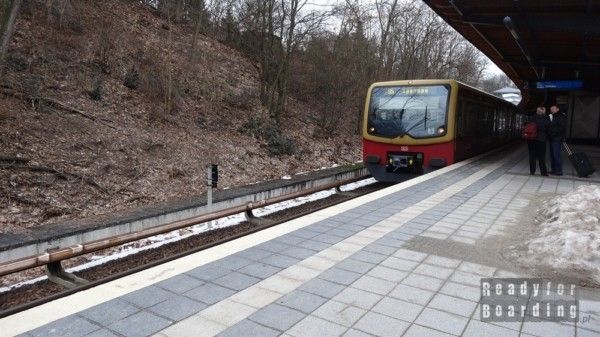 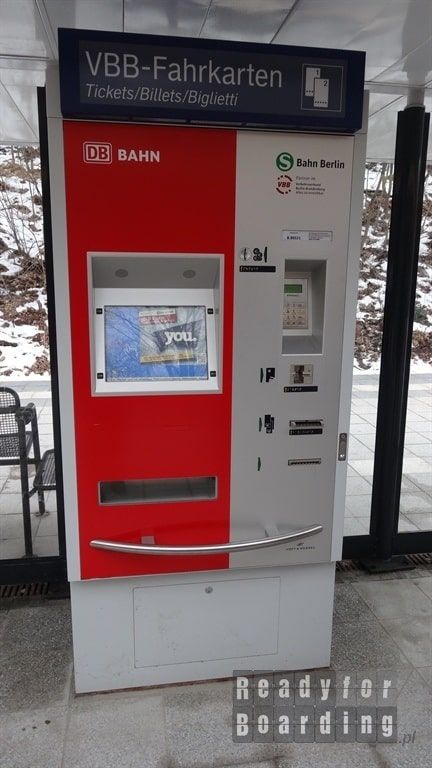 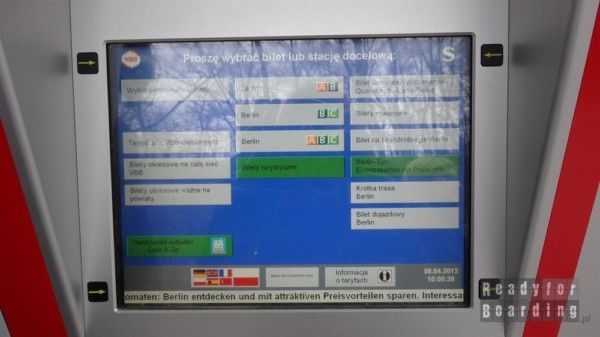 We traveled around Berlin itself on foot – the distances between attractions are not too great.

Our first point was Potsdamer Platz. Located here: Philips Center and fragments of the Berlin Wall. In the large square we just happened to be at a sports happening, where there were various demonstrations, competitions and games and activities. From there we went to one of the longest sections of the Berlin Wall at Niederkirchnerstraße. In the building next door is the Topography of Terror exhibition. 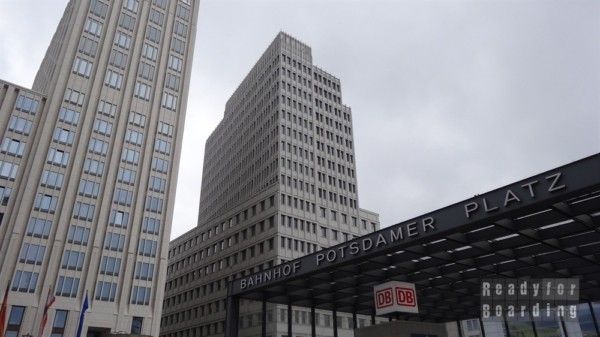 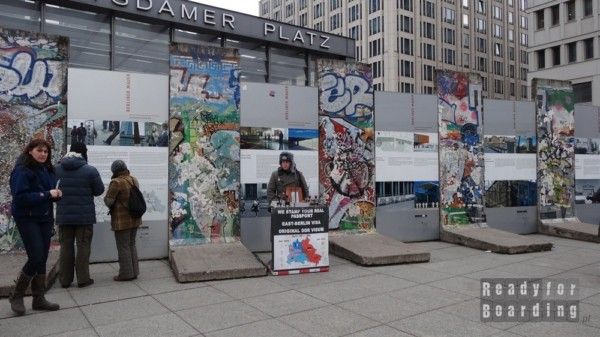 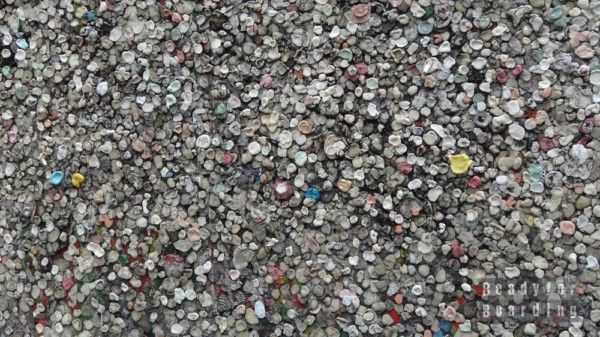 A must-see when visiting Berlin is also the Checkpoint Charlie. The most famous border point during the Cold War. Apart from McDonald's in the background, a commemorative plaque and costumed uniformed men (with whom we can take a photo for a few euros) there is nothing special, but the place itself is worth a visit. 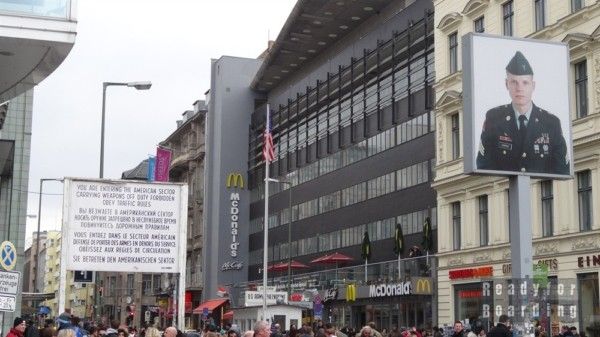 The next point was Television Tower (Fernsehturm). Here entry is charged. At the entrance it is better to go immediately to the queue, where you buy a ticket in the machine by paying by card – it is much faster. It's also worth noting at the very beginning what the waiting time is. There are signs at the bottom that indicate the approximate time of entry for each ticket. In our case, this would have involved a two-hour (. ) waiting for the entrance itself… 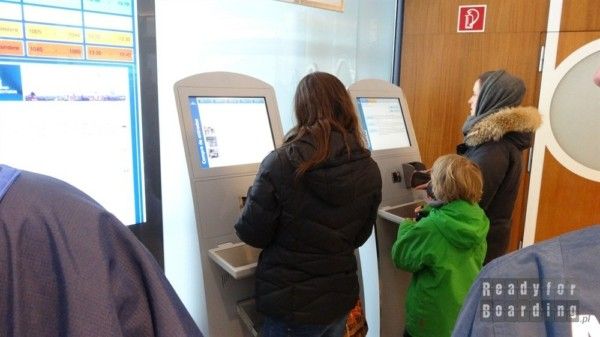 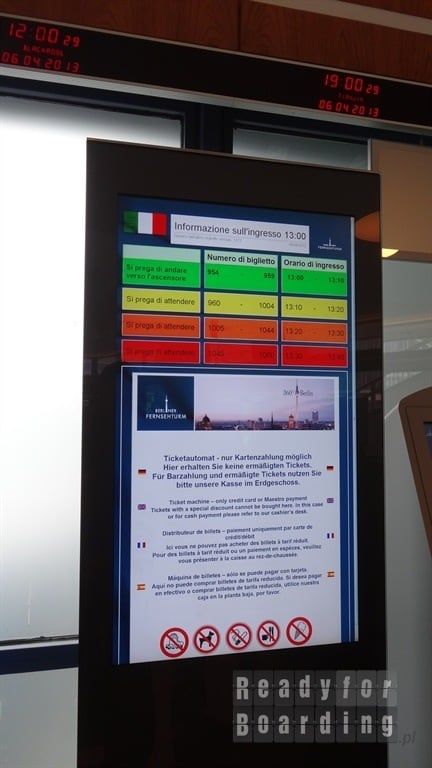 You can also buy a more expensive express ticket, but it does not guarantee entry right away. Since we had to be at the Pergamon Museum within the hour we gave up standing in line. We left with the intention of returning later in the evening, when there are fewer visitors (as it later turned out, we did not return there again that day).

Since we still had a while to go into the museum we decided to eat something. Near the Tower is a market (almost a Christmas market) where we bought typical frankfurters, and for dessert doughnuts in the Dunkin' Donuts. 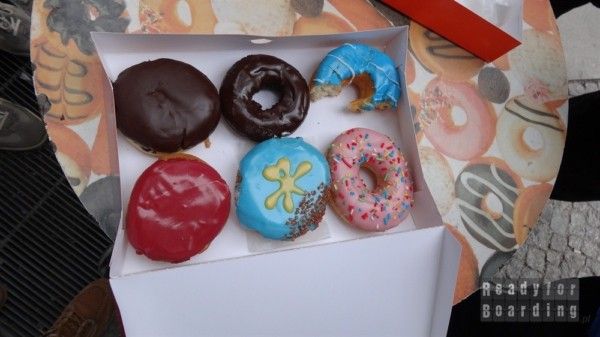 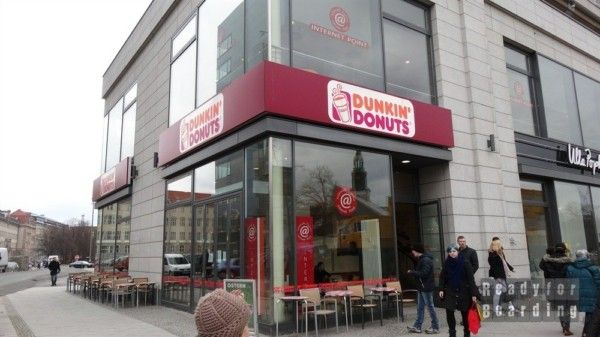 After this very caloric meal, we headed towards Museum Island. Before leaving Poland, we bought entry to the museum online so we could go to the entrance right away with a printout. What is important, in the checkroom you need to leave your clothes and backpacks (or we can carry them on our belly 😉 ). At the entrance you can take an "electronic guide" – there is a Polish version available, of course, in the price of the ticket.

Pergamon Museum makes a huge impression: the number and, above all, the size of the exhibits delights all visitors. Pergamon Altar, Gate of the goddess Ishtar, Facade of the throne room of Nebuchadnezzar II – these are just some of the rich collections of this museum. You should allow a minimum of 1 – 1.5h for the tour. That's how long it took us to visit, too, and we rather not do it the slowest 😉 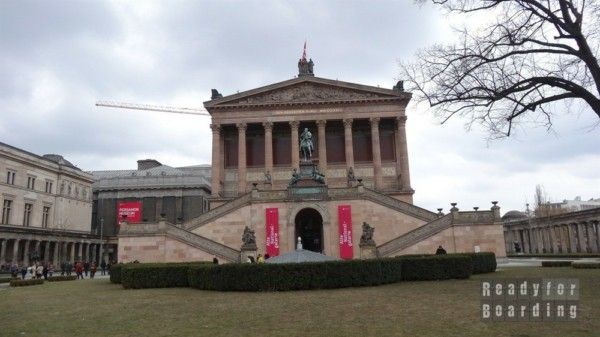 From the museum, we went straight to the most famous symbol of Berlin – Brandenburg Gate, and immediately afterwards to Reichstag (the seat of the German Parliament). Here, too, we already had an entrance fee pre-ordered online (admission is free). Before entering there is an airport-like inspection with two differences: you can bring liquids and they do not destroy sharp tools by committee (hammers are not welcome either ;-)). If they find something sharp you get a number and pick it up at the exit. The entrance to the parliament is done in groups, all security measures are maintained. 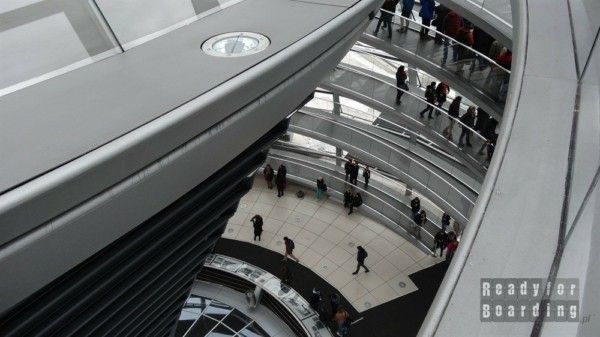 At the entrance to the glass dome everyone gets an "electronic guide". Here, too, we have the Polish language version at our disposal. Once we put on the headset we are in for a pleasant surprise because the guide automatically starts up depending on where we are and tells us what exactly is in front of us.

From the top itself there is a beautiful view of all Berlin – we figured that the view from the Television Tower would be very similar, so we decided that for today we had enough attractions 🙂

While in Berlin it is also worth seeing Potsdam and Sanssouci Palace.