Skip to content
HomeUncategorizedElbląg and Pasłęk, or the Elbląg Canal area – Ready for Boarding

Elbląg and Pasłęk, or the area around the Elbląg Canal

As you may have noticed, we don't like to limit ourselves and stick only to a predetermined plan. The same happened during the weekend near Elblag: our goal was a boat cruise, but it only lasts a few hours. So there's still plenty of time left to see Elblag itself and the surrounding area.

In this post, another in our Ready for Poland series, we will focus only on the mentioned places, intentionally leaving out Malbork Castle 🙂

Let's start with the fact that we drove towards Elblag with a reservation for a cruise and an overnight stay, without much of a plan as to what we would do on the spot. We go by car, we are in a country where you can easily get along 😉 And most importantly, we have maps, gps and Uncle Google, who will advise and help at any time 🙂

It may also seem strange to you, but after many trips abroad, where the operator wishes a fortune for 100kb of data (and you know what you can do with that amount of data), to have the Internet always at hand is very helpful. So, on the one hand we have a map, with numerous symbols about attractions in the area, and on the other hand we have a network to help us judge whether it's worth going to certain places or not.

And it's not just a matter of seeking other people's opinions, because that's no determinant. We can immediately see satellite images, photos of people who have been here, opening hours, prices, etc. And all to decide which way to go. Believe us, after our recent trips (which haven't all lived to see detailed coverage yet), such little things make us even happier.

The surroundings of the Elblag Canal

W Elblag We were on Sunday morning and our first steps were directed to the Old Town. We had the impression that the city was just waking up, many restaurants were closed, and at a few waitresses began to prepare tables, chairs and open business. 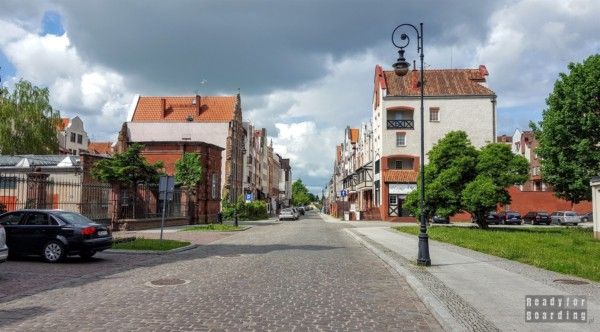 We headed towards the main promenade, the Old Market Street. It is here that one of the most recognizable symbols of Elblag is located, viz Market Gate. This seven-story building, erected in the 14th century, was part of the city's defensive walls and one of the main entrance gates to the city. 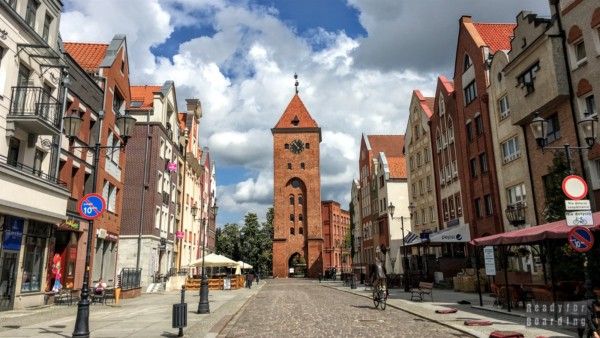 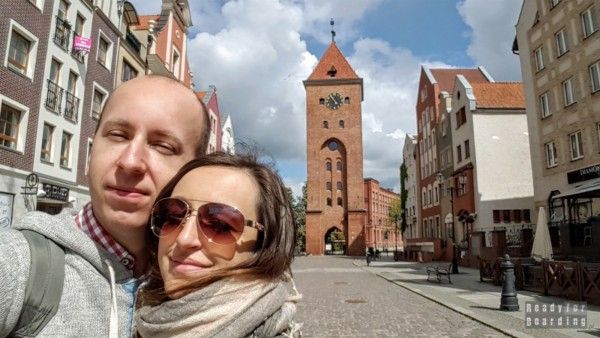 Currently, you can tour it, and on each floor there is a different attraction. Don't be discouraged by the sharp stairs at the beginning – later it's wider and more comfortable, nevertheless you get to the top by stairs, there are no elevators.

Here we can find tourist information, a souvenir store, a conference room, a room for children, and the crowning glory is the observation deck on the top floor, from where we can admire the panorama of Elbląg. Entrance is free. 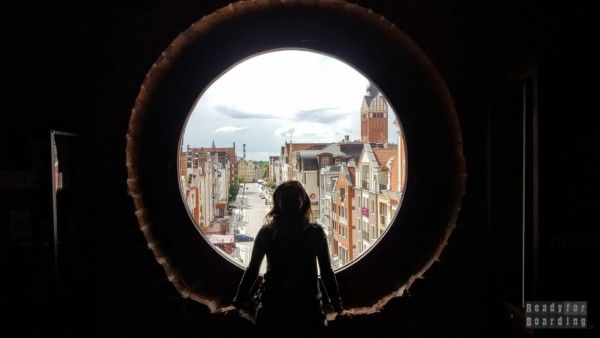 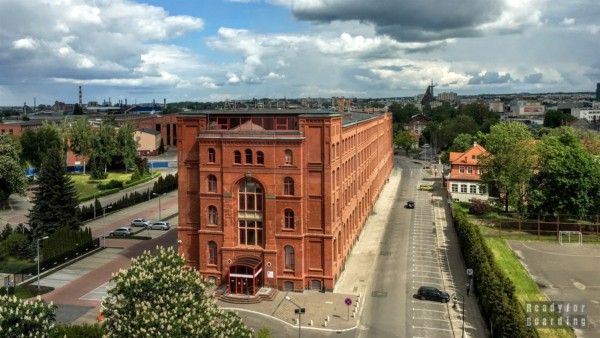 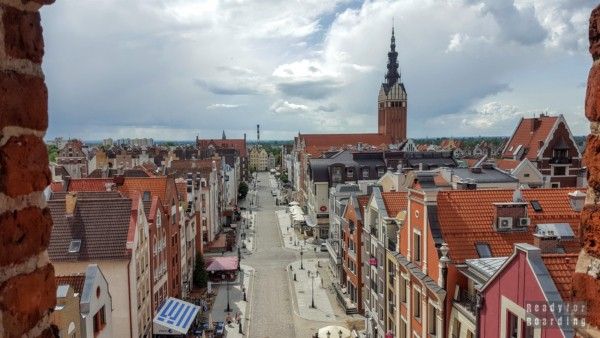 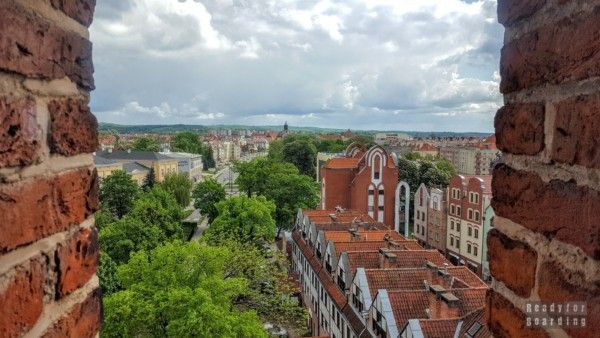 Admiring the view from above, we were intrigued by one in particular: a large market cart on the church grounds… 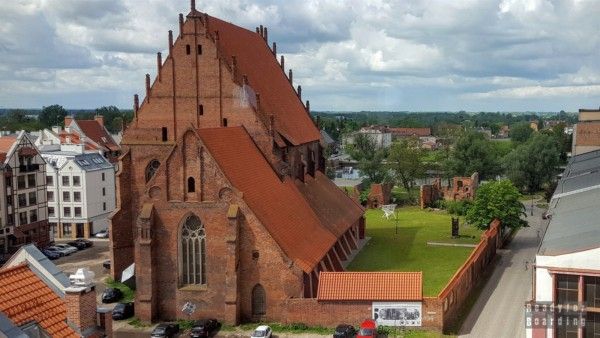 Only after a while did it occur to us that we were looking at the Art Center Gallery EL. The gallery is located in an old 13th-century podominikański church. This church was severely damaged during the siege by Soviet troops in 1945, and was saved from demolition by Gerard Kwiatkowski, who created his studio in the church. In later years, the building was rebuilt and converted into an art gallery. 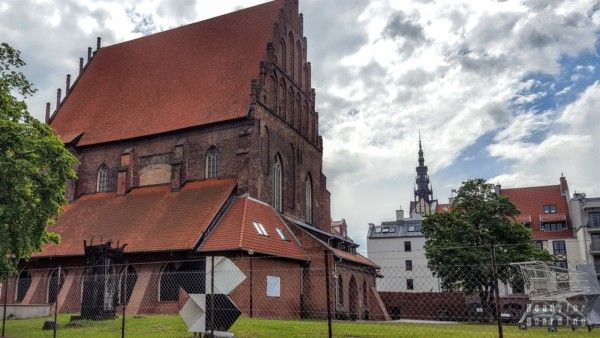 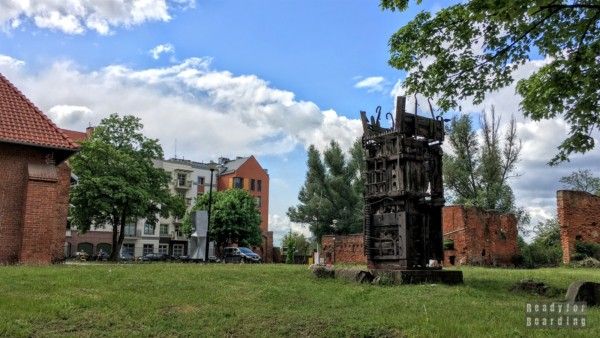 Of course, in Elblag you can't miss the reigning Cathedral of St. Mikolaj. Like the aforementioned building, the construction of the Cathedral also began in the 13th century. It was also so damaged in numerous ways during the war effort in 1945 (before that, rebuilding was needed after the cathedral fire in the 18th century.). Of interest – this is one of the highest religious buildings in Poland (the tower is 97 meters). 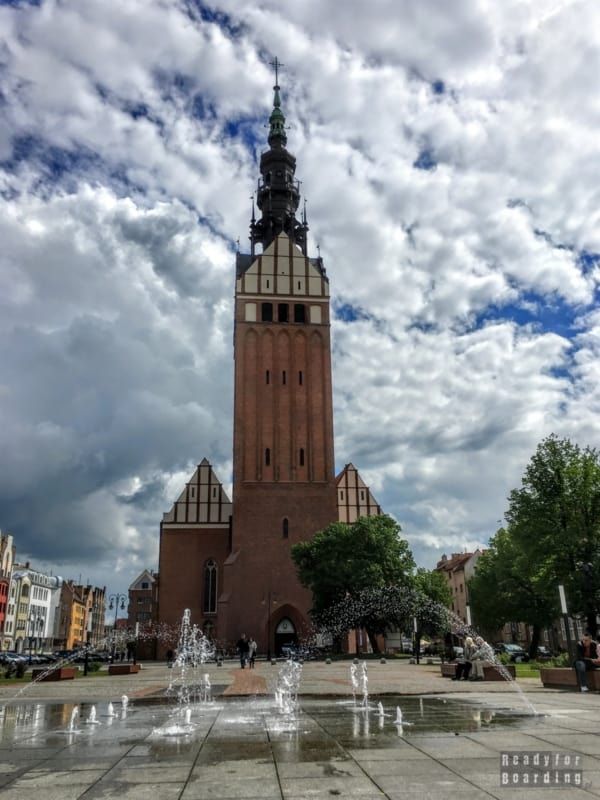 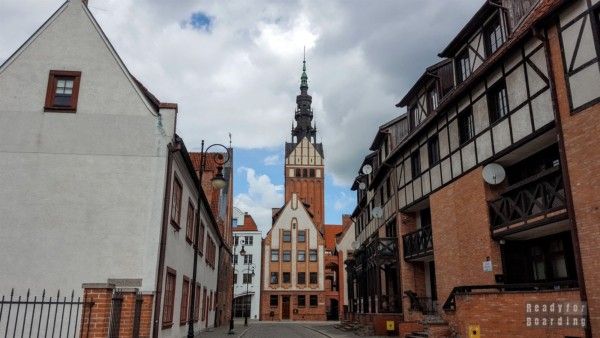 Also worth noting old town in itself, the building of the Elbląg Library of the name of the city. Cyprian Norwid Museum and the Archaeological and Historical Museum in Elblag. 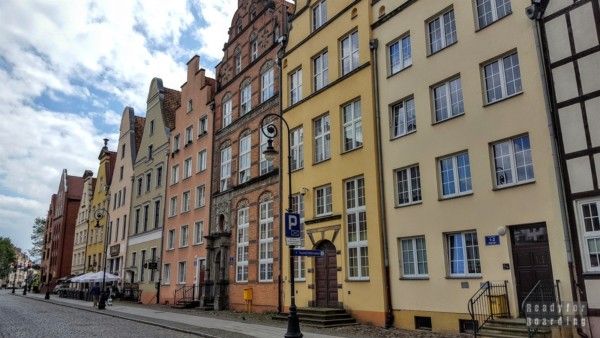 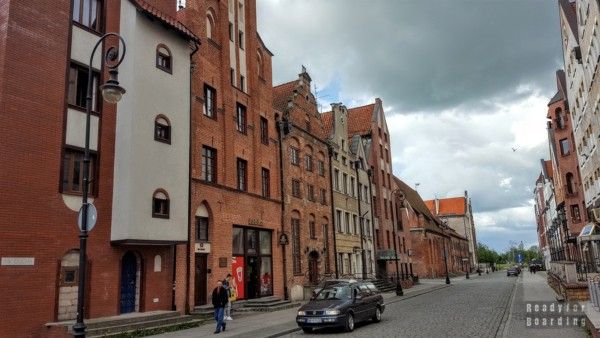 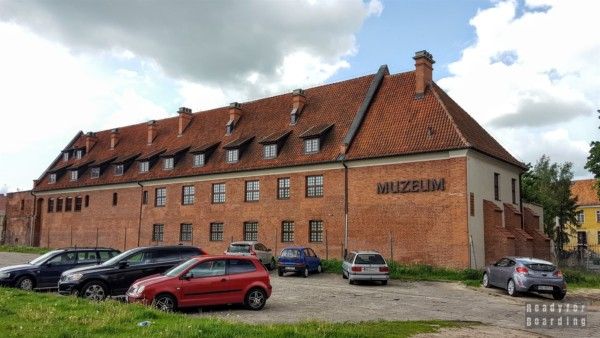 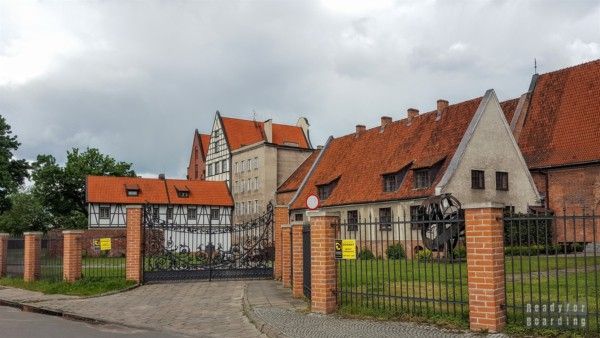 The lowest point in Poland

If you would like to feel more depressed after visiting Elblag, to the south is the village of Raczki Elbląskie, where we find the lowest point in Poland (depression of 1.8 m p.p.m.) 🙂 The place is marked with a symbolic plaque.

In addition to Elblag, we were also in Paslek, Which is located between Elblag and our accommodation in Karczemka. This small town surprised us very positively as soon as we saw the old town. There are city walls with gates, which were built from the 13th century by the Teutonic Order. The length of the walls is about 1200 meters. 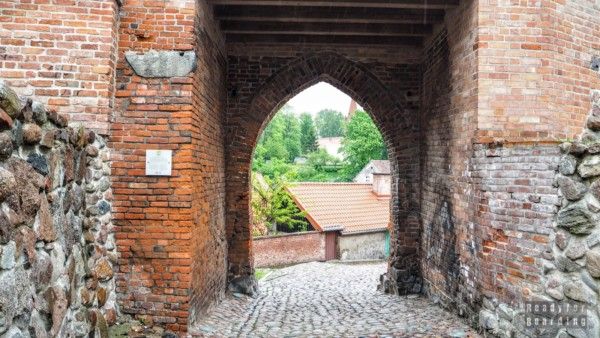 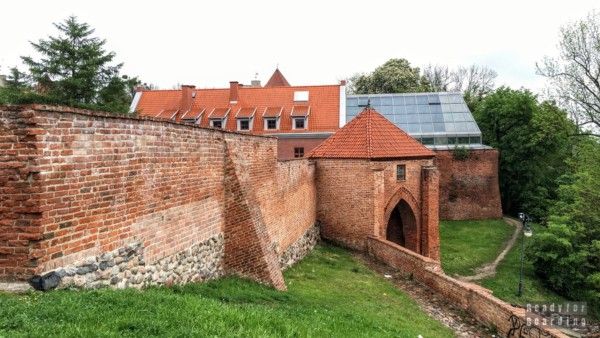 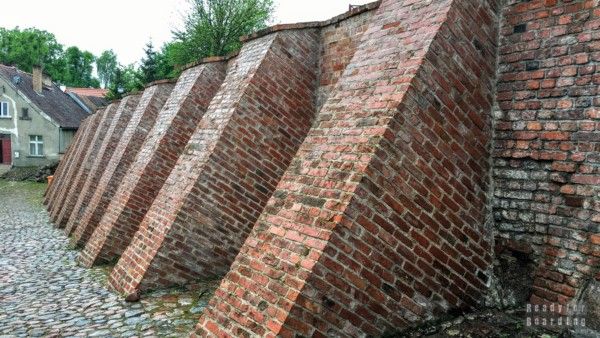 The two most important buildings are Teutonic Castle i Church of St. Bartholomew. The first one dates back to the 14th century, but it suffered significantly during the Polish-Teutonic war, and after being rebuilt in the 16th, another serious damage took place during the Red Army attack in 1945. The building has been rebuilt again and now houses the seat of the municipal authorities, a library and a community center. 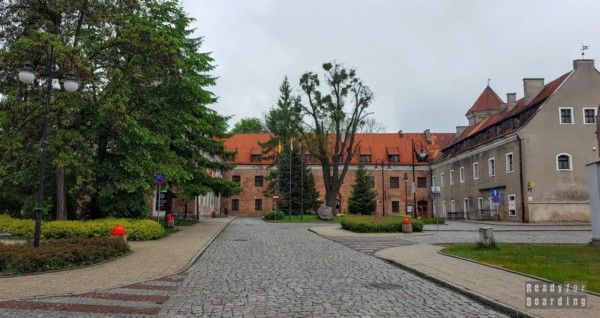 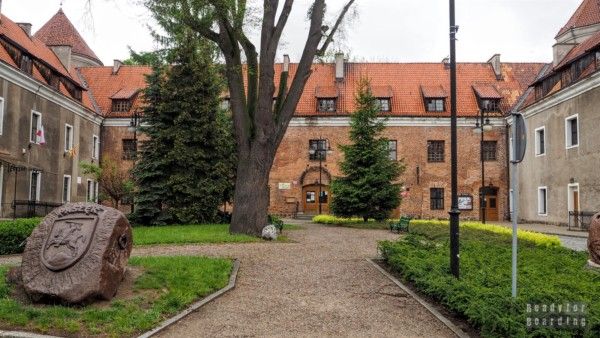 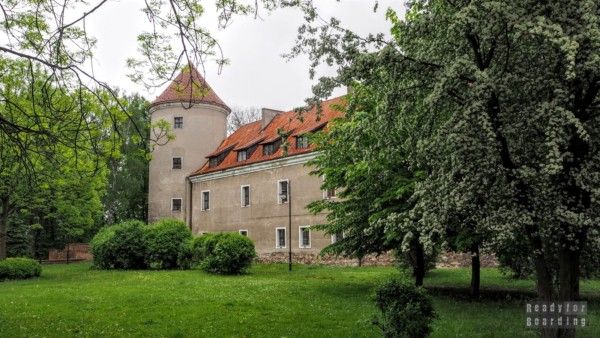 Right next door is the aforementioned Church of St. Bartholomew from the 14th century. 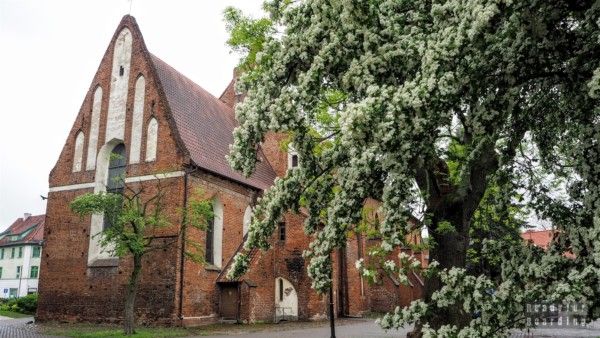 We also recommend walking around the entire old town (it's not very big, but nice and interesting). 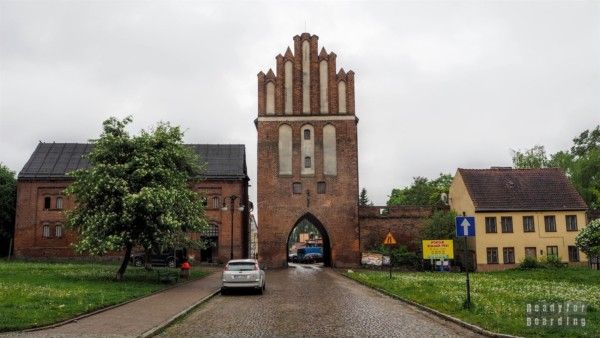 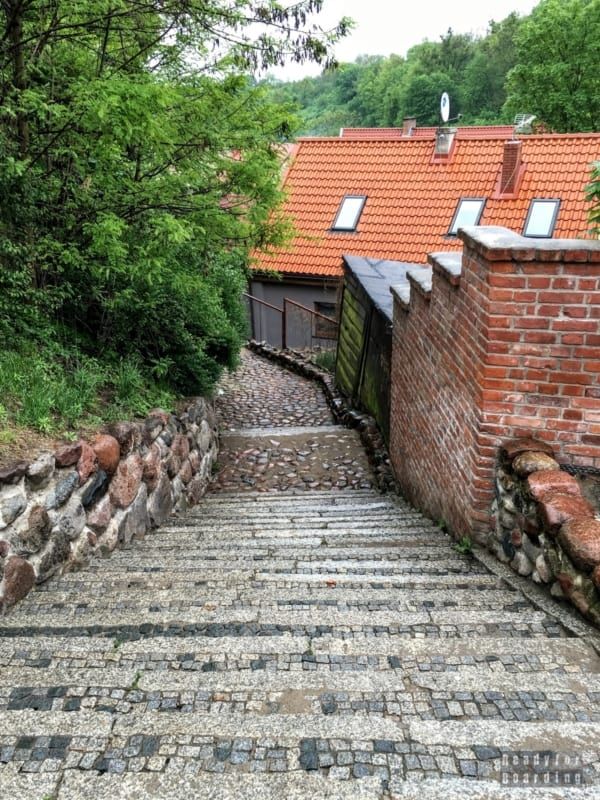 In addition to these towns, we also recommend walking along the Elbląg Canal and admiring such views: 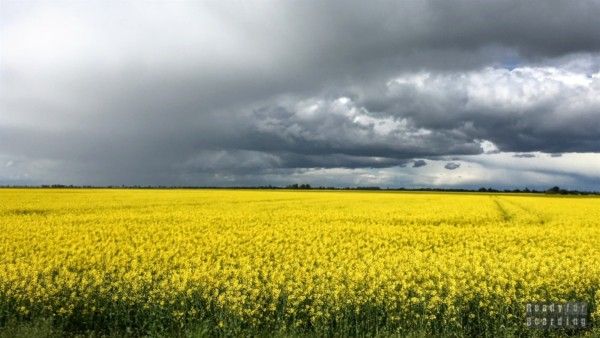 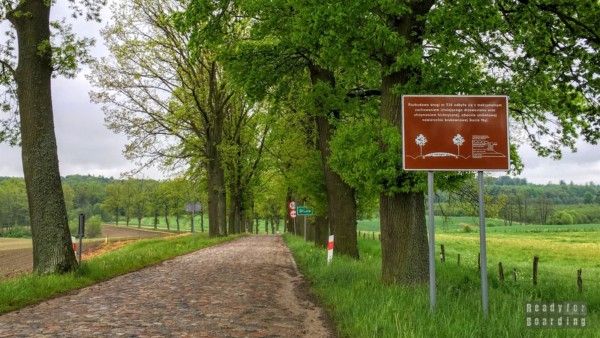 We also invite you to report on a cruise on the Elbląg Canal and our gallery from Elbląg and its surroundings: